A whole new bunch of keyboard shortcuts to get used to. I’ll probably continue to develop the app directly on the Mac for the foreseeable. At least I only need one laptop running, not two.

I still have the provisioning error message when trying to deploy/debug on my iPhone, but the iPhone Simulator is working a treat. 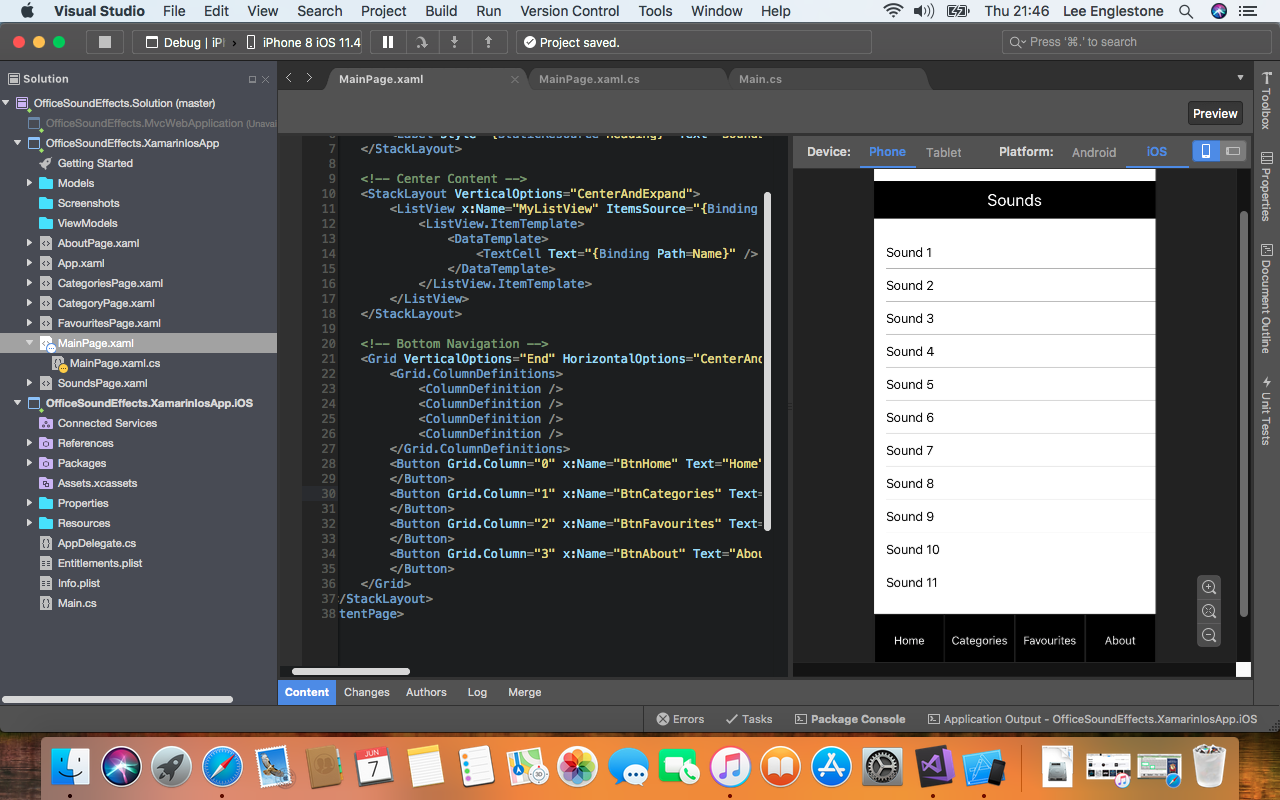 I solved my navigation issue..

Apparently I needed to change the App to the following

Getting a ListView to Databind to an ObservableCollection was as simple as I had remembered in WPF/UWP. It’s just a face static collection for now, but will eventually be a collection of Sound or Category models.

It’s not a particularly long one, so almost read it during the afternoon. Gave me lots of ideas of things to do and made me aware of some best practices. 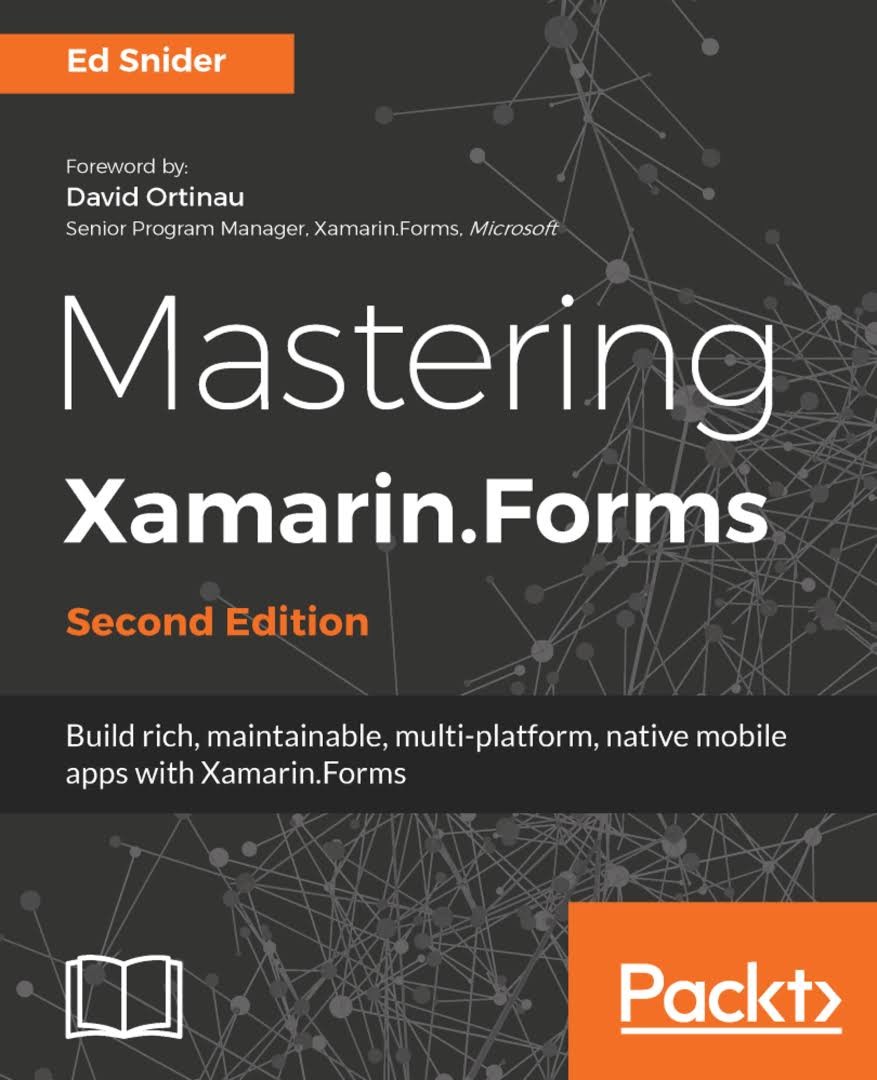 The book is guiding my approach to certain things somewhat and I have simplified my development environment where I can. I am impressed with Visual Studio for Mac.