This post is featured on The Second Annual C# Advent Calendar.

I was staring at anagrams recently like this one.. 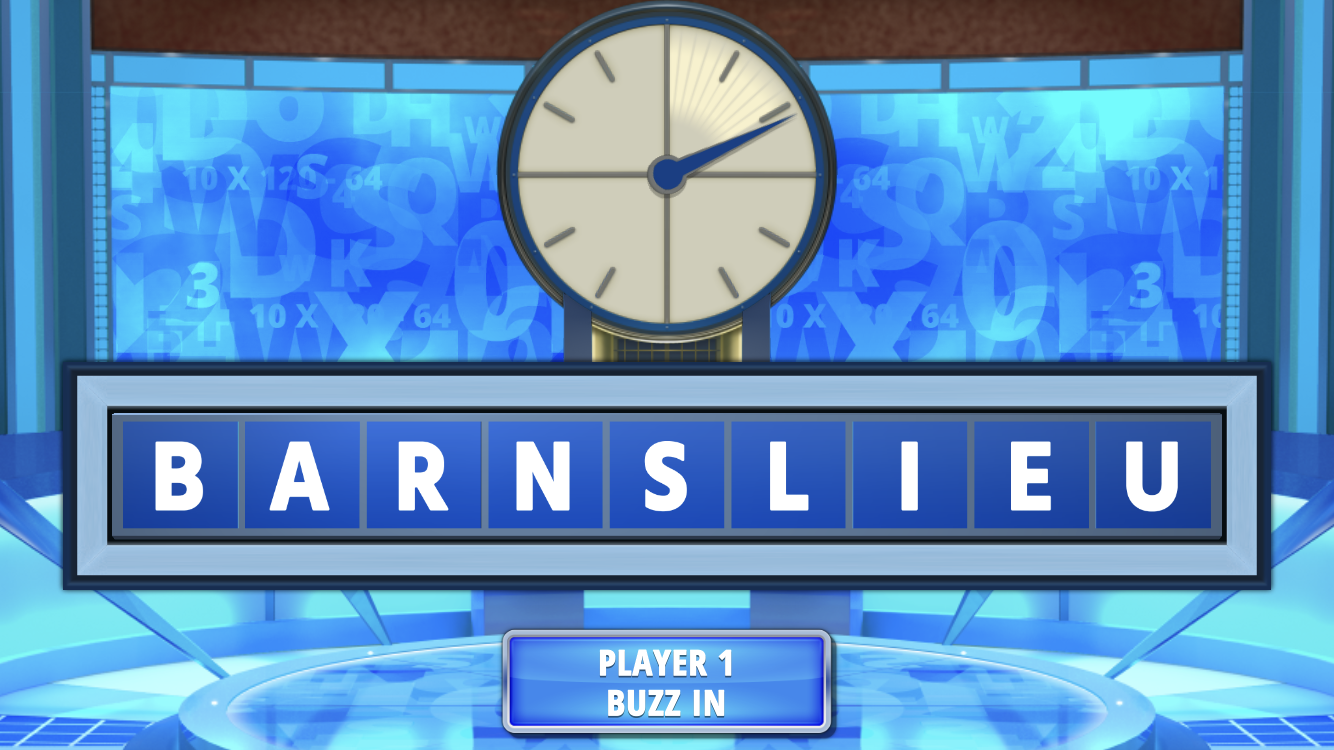 (Answer at the bottom)

And got me to thinking..

So I downloaded a list of all words in the english language* to see if I could answer some of these questions.

*Disclaimer: I have no idea if this the entire list, but is as definitive as I could find. This is not a serious research endeavour, this is only something quickly thrown together.

So I threw together a .NET C# Console Application to read this list, parse the words and generate some figures.

What letter do most words starting with?

So most words would seem to start with the letter s. Closely followed by e or d. 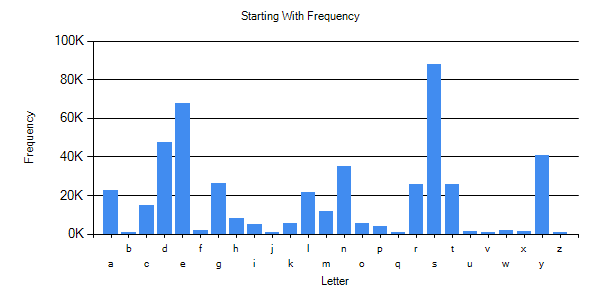 What letter do most words end with?

And most words would also seem to end with the letter s. Then surprisingly p or c. 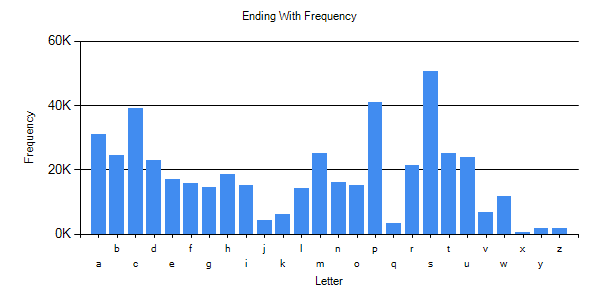 What is the most popular letter in all the words in the english language?

Of all the words in the english language, what are the frequency of all the letters in those words? 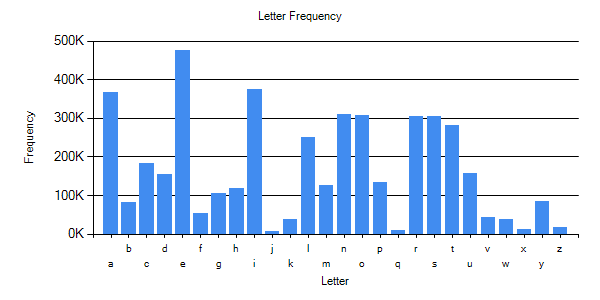 How long are the words?

So the most frequent length of word is nine characters, followed by eight, then ten. 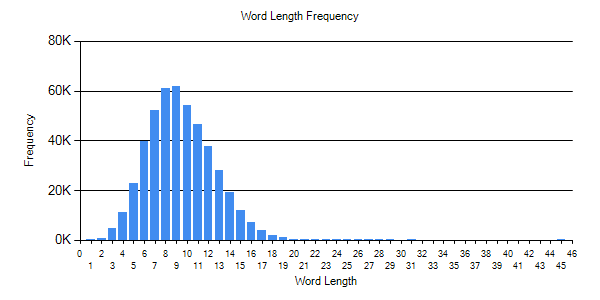 I noticed an unusual outlier in the form of 45 letter word pneumonoultramicroscopicsilicovolcanoconiosis. Which is a purposely long made up word to describe a lung disease caused by inhaling very fine ash and sand dust.

What is the frequency of double letters?

So the most frequent occurance of double letters is suprisingly ll, then less surpising ss. 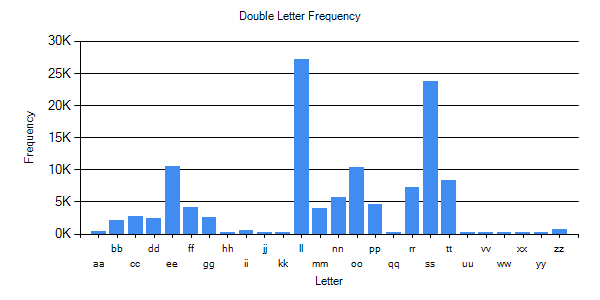 I've put my code up on GitHub. So you can play around with the word list as well.

There are other questions I have such as

If I have enough time, i'll update this blog post with the answers.

To be honest, there are fewer words in the english language than I thought, and many of those will be variations of other words.

The simplest of computer programs seemed able to blast through all of them without breaking a sweat and highlighted some interesting things (or so I thought).

Answer to BARNSLIEU = INSURABLE or SUBLINEAR