I think it’s been about 12 months since I last wrote an update about my app/game PokerConquest so I thought i’d give a quick update.

Poker Conquest is a Poker game I wrote that is available in the Microsoft Store. It was created in UWP/C# and Visual studio and had about 500 downloads 12 months ago.

As it was a UWP app it could be installed on any Windows 10 device (even Windows Phone).

The aim of the game is to defeat the computer player in each of over 100 countries conquering each country and continent at a time.

You can read a little more about it at www.PokerConquest.com. 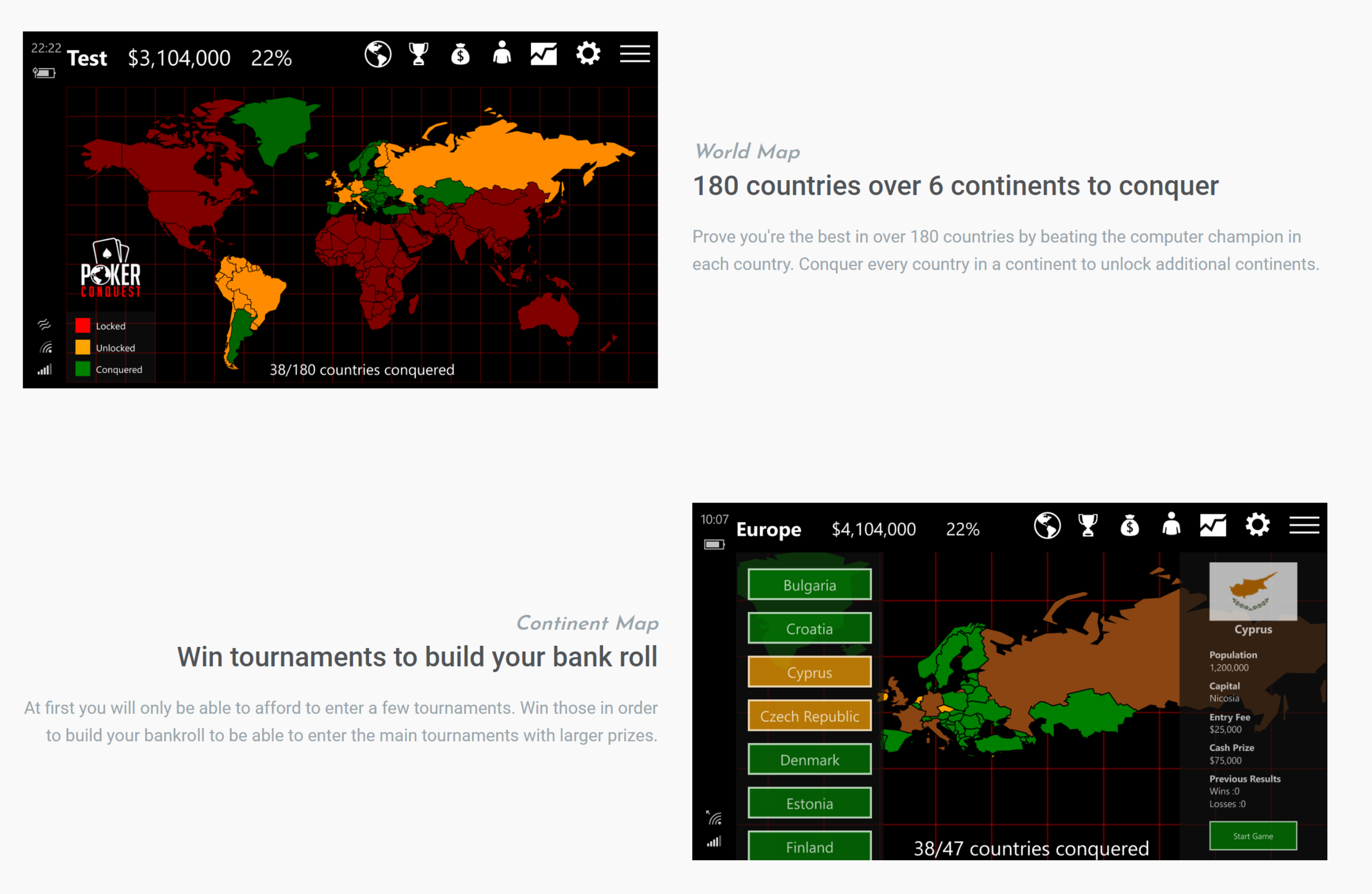 Why I stopped development

There were a number of reasons I only continued to develop the game for a few months after I released it.

It felt bad winding down development I had put a lot of work into but I couldn’t see any additional benefit to continuing development on it.

I logged in recently, not so long ago to see how many downloads my aging app had had and to my surprise it had had a major uplift since March and was getting quite a lot of downloads (by my standards) each day.

What’s more the reviews were starting to come in. A lot were very positive and some mentioned things that could be improved in the app (for which I am very grateful).

So to date, the app has had approaching 4,000 downloads and shows little sign of stopping.

The main feedback for the game included

I can see how much usage the game is getting because it sends telemetry to Google Analytics at various events (Hand started/finished, Game won/lost, Country conquered etc etc). You can see for example that over 350,000 hands have been started since January and over 8,000 countries conquered. 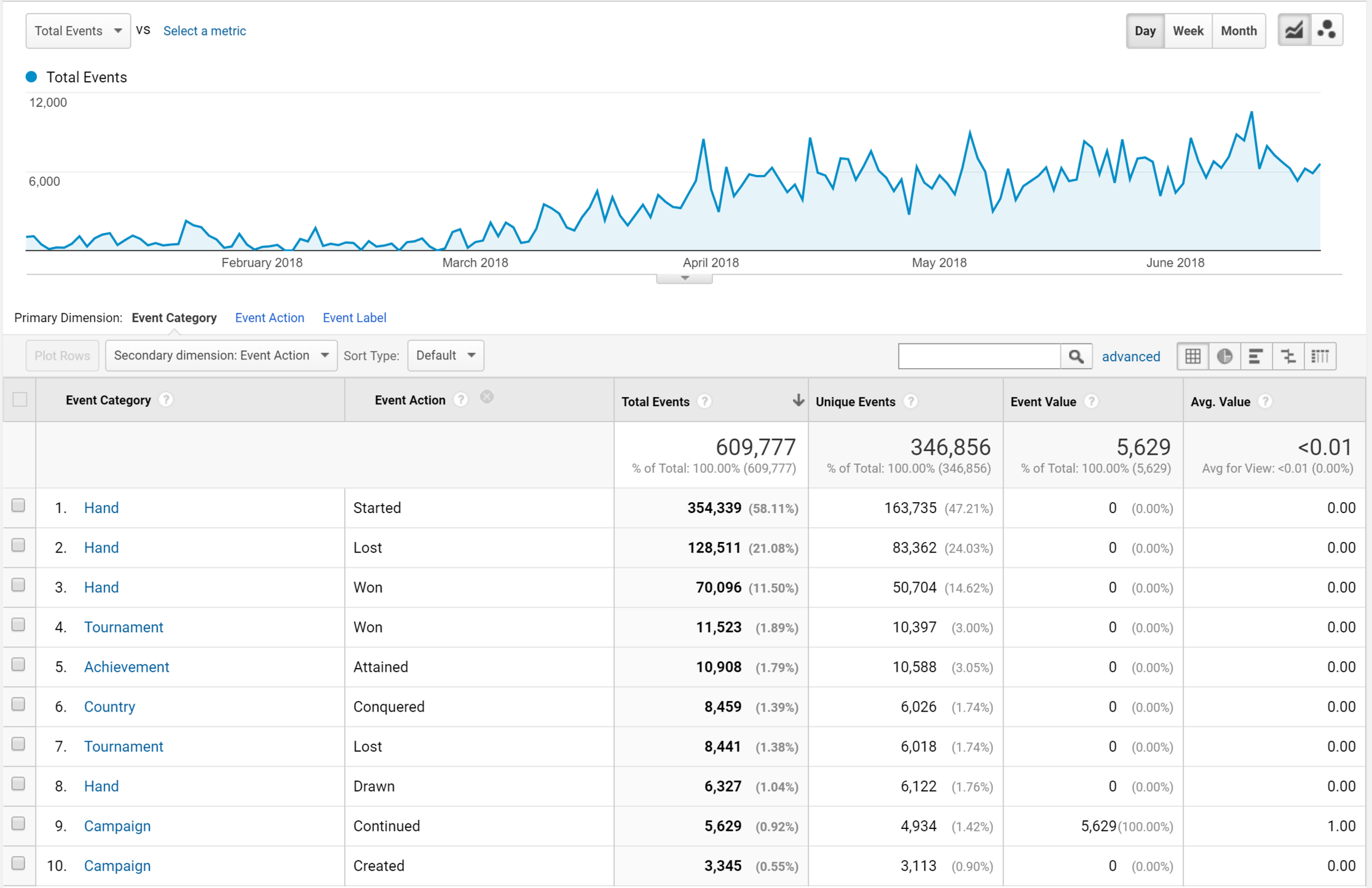 I still don’t intend on continuing to develop this version of the game. What I may do in future is develop Poker Conquest 2 and include 3 or 5 other computer players (or perhaps make it configurable) and also improve the computer ai logic.

I may also try to develop the poker logic in a way that it can be ported to other platforms that can use .NET C# code such as Unity.

I may also try a different version of monetisation. Instead of in-app purchases perhaps charge a nominal amount £1.00? To install or subsidise the app with ads that can be turned off with an in-app purchase.